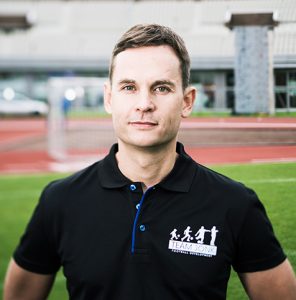 Find and help the few who can inspire many

As Manager Youth Scouting at AFC Ajax Amsterdam, Jasper professionalized and reformed the youth scouting system, while integrating both external and internal scouting processes into the academy system. This more pro-active scouting vision was an addition to the “Plan Cruyff” and based on its innovative philosophy. In addition, he set up a programme to expand and strengthen the cooperation between Ajax and its partnering amateurclubs (grassroots football). The intention of this initiative was to transfer knowledge, guarantee recruitment quality in the long term and live up to Ajax responsibility towards its feeder clubs and the overall grassroots ecosystem. Furthermore, Jasper co-initiated and managed the roll-out of the Plan Cruyff agenda to improve Dutch youth football, by promoting the revival of street soccer (principles) and introducing the “Twin Games” concept as a solution for the youngest age groups to play on much smaller pitches. Starting as a pilot project in Amsterdam, this concept has quickly spread across the Netherlands. After two years of pilot competitions initially restricted to Dutch professional clubs, the concept has now been officially adopted by the Royal Dutch Football Association (KNVB) as an integral part of its Masterplan to reform Dutch (youth) football. Starting in the 2017-2018 season, all Dutch players aged 6 to 12 will play on significantly smaller pitches, including the grassroots level. In December 2015, after a period of ongoing disagreement with the Ajax board of directors about the lack of implementation of the Plan Cruyff in other parts of the club, the involvement of Head of Academy Wim Jonk and Johan Cruyff with Ajax came to an end. As a result, Jasper decided to leave Ajax, lacking the belief that the Plan Cruyff would be fully implemented without Johan Cruyff and Wim Jonk. Prior to Ajax, Jasper co-founded, initiated and managed a number of (international) projects with a focus on high potential youth participation, intercultural dialogue and student entrepreneurship. He holds a degree in Master in Business Administration (MScBA) from the Erasmus University Rotterdam.