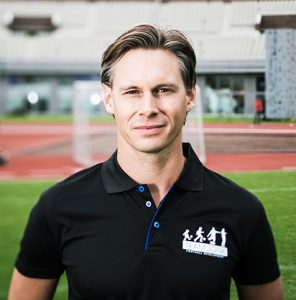 I dream of a world in which children develop themselves based on their talents and interests, in their own style

Freek has worked for AFC Ajax Amsterdam between July 2010 and December 2015. Starting as a physical performance coach, he became part of the Talent Development department which was responsible for the implementation of the “Plan Cruyff” throughout the academy. One of Freek’s primary responsibilities was the implementation of the individual (development) approach into the talent development process: the individual player and his development became the focal point of the organisation. Another was the integration of physical performance training and football training. Freek provided various concrete solutions to reach these higher goals, examples of which include the introduction of academy management tools, planning tools, player-centralized timetables and several training methodology components. In December 2015, after a period of ongoing disagreement with the Ajax board of directors about the lack of implementation of the Plan Cruyff in other parts of the club, the involvement of Head of Academy Wim Jonk and Johan Cruyff with Ajax came to an end. As a result, Freek decided to leave Ajax, lacking the belief that the Plan Cruyff would be fully implemented without Johan Cruyff and Wim Jonk. Prior to Ajax, Freek was a professional triathlete, winning three golden medals at Dutch national championships between the years 2000 and 2006. He studied at CIOS (Central Institute for Sports leadership Education) before working subsequently as a trainer and coach.