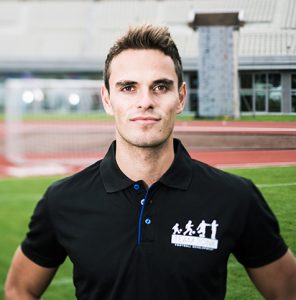 As Coordinator Methodology at AFC Ajax Amsterdam, Matthias started and implemented the methodology department in order to put Cruyff’s vision into daily practice. His main tasks included the creation of a uniform language for all players, coaches and staff – based on a unique style of play and a distinctive set of football principles -, to develop and implement the training philosophy and to professionalize the player development processes within the academy. Matthias was the primary contact person and agent for the exchange of knowledge with and between professional clubs across Europe, among them Bayern Munich, FC Barcelona and Chelsea FC. In addition, Matthias was one of the experts who participated and helped the Royal Dutch Football Association (KNVB) with its Masterplan to reform Dutch (youth) football. In December 2015, after a period of ongoing disagreement with the Ajax board of directors about the lack of implementation of the Plan Cruyff in other parts of the club, the involvement of Head of Academy Wim Jonk and Johan Cruyff with Ajax came to an end. As a result, Matthias decided to leave Ajax, lacking the belief that the Plan Cruyff would be fully implemented without Johan Cruyff and Wim Jonk. Matthias played in the SC Freiburg academy before starting to work for the German Football Association (DFB) and Ajax Cape Town. He holds an approval for the UEFA Pro License, a degree in Sports Economy, a Masters degree in Sports Mental Coaching and a fitness instructor license.